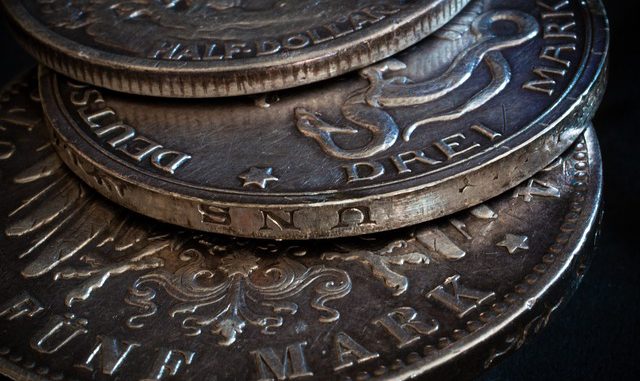 Milled Coinage are Coins that are produced by machine rather than by physically hammering them. All modern coins are milled.

Until 1550 all coins were hammered, which meant that a piece of metal was placed between two dies and manually hit with a hammer, a techniques that dates back to ancient Greeks. The only alternative to this was to cast coins, but that was not popular in Europe.

Hammered coins had problems. It was a slow process and around that time more and more coins were required in circulation as economies expanded. The hammered coin itself was low quality and that led to forgeries and the serious problem of ‘clipping’.

Clipping is cutting or shaving a piece of metal off the edge of the coin. As coins were often gold or silver this was a simple (although illegal) way to get precious metal.

The coins were intended to be round but after hammering they often splayed out into random oval shapes which meant it could be difficult to tell of a coin had been clipped. The process often got out of hand and coins were left with flat edges. 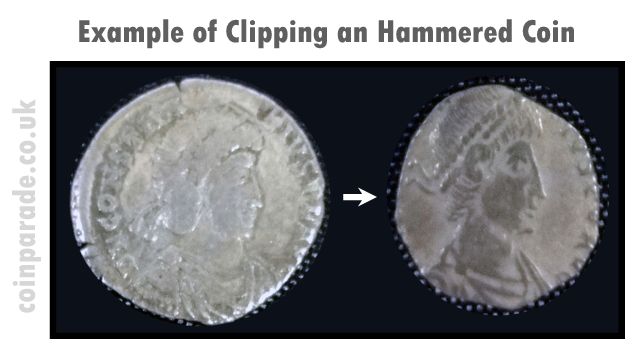 Over in France the screw press was being developed and a process was developed where bullion could be rolled out to the thickness of the coin, a circular blank cut from that and then struck (pressed) between dies as a coin. 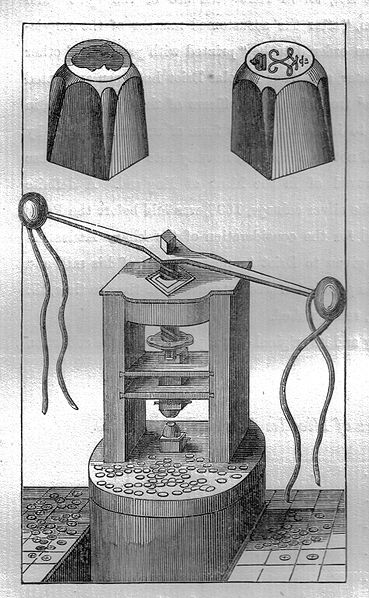 The result was a coin that was of significantly higher quality making them much more difficult to counterfeit. They were also very circular so that it was obvious when clipping occurred.

The French techniques (and some of the French engineers) made their way to England and the new milled process began to be adapted. Hammered coins were eventually demonetized in 1695.

As the Industrial Revolution took hold in Britain during the 18th century, workers moved from the rural areas to work in factories in the towns, and their payment was in coins. Britain required a considerable amount of low denomination coins to be in circulation.

Steam-powered machines would eventually provide the solution to this. The Boulton and Watt factory in Birmingham was chosen and in 1797 they produced very large penny and twopence coins which soon became known as ‘cartwheels’.

Matthew Boulton continued to make coins with this method until the Royal Mint was set up with steam machines and moved from the Tower Mint in 1805.

Coins are made by the same method today, except steam engines have been replaced by electric motors.

Note that in numismatic circles, a reeded edge is often referred to in the UK as a milled edge, while in the USA this would be called a ridged or grooved edge.