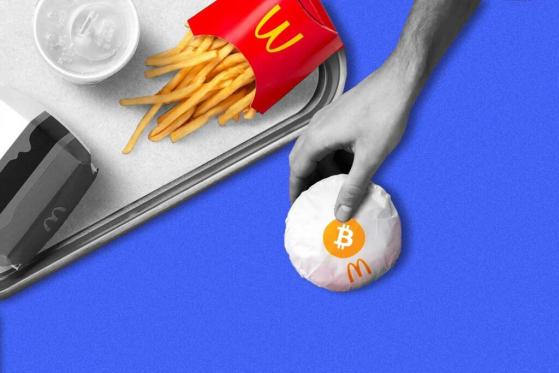 Walmart, Mcdonald’s, and Thousands of Other Stores to Accept Bitcoin Via Strike’s Lightning Network

Strike uses the Bitcoin network as a form of global payment rails. Through the lightning network, fiat gets converted into Bitcoin, and then Bitcoin becomes fiat in the merchants’ pockets. It’s a significant win for blockchain technology, as many will realize that the Bitcoin network can be used the same way as the credit card network. Yet with Bitcoin, the fees are close to 0, compared to around 3% cost with credit cards (Mastercard (NYSE: ), Visa (NYSE: )).

During Miami Bitcoin Conference 2022, Mallers disclosed that Strike is partnering with NCR (NYSE: ), Blackhawk, and Shopify (NYSE: ). Any platform that uses the service will be able to conduct transactions over Bitcoin’s Lightning Network. Mallers has also begun working with U.S. senator Lummis to encourage Bitcoin.

At the Miami Bitcoin Conference, Mallers said that the reason behind the BTC integration was to avoid banks. Generally, paying with debit and credit cards costs the shop owners a lot of fees. But with the lightning network, shop owners will be able to accept payments without expensive fees while also giving users more privacy during the payment process. Using the Bitcoin lightning network is also feasible for the user as it is incredibly cheap and fast.

“You’re gonna be able to walk into a grocery store, to Whole Foods, to a Chipotle, if you want to use a Lightning node over Tor, you do that,”
Mallers said on stage at Bitcoin 2022.

“Any online merchant that uses Shopify can accept payments without the 1949 boomer [credit card] network, receive it instantly, cash final, no intermediary, no 3% fee.”

Strike CEO @jackmallers and Strike just announced partnerships with Shopify and other leading payment providers.Hundreds of millions of people can now spend bitcoin or dollars across the Lightning Network instantaneously, completely for free at every major US retailer.

Strike takes care of the fiat conversion to BTC and vice versa, which means that neither customers nor merchants will need Bitcoin to make transactions.