Numismatic Guaranty Corporation® (NGC®) is the world’s leading authority on mint errors, a popular segment of numismatics. In Mint Error Coin Chronicles, we take an in-depth look at a specific kind of mint error. This month’s topic is Partial Collars.

A Partial Collar error occurs when there is a malfunction of the striking press that leads to a blank sitting slightly askew on the collar die. As the coin is struck, some of the planchet is driven into the collar die, which constrains the flow of the metal. The remainder of the metal, however, is not constrained and freely expands past the boundaries of the die. The result is a stepped appearance around some or all of the circumference of the coin.

There are three types of Partial Collar Errors: 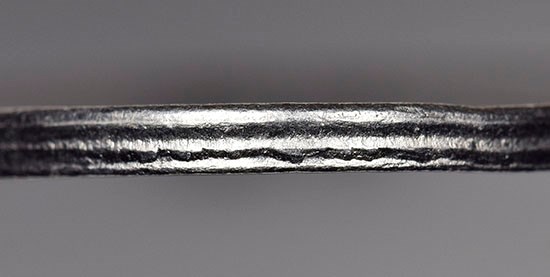 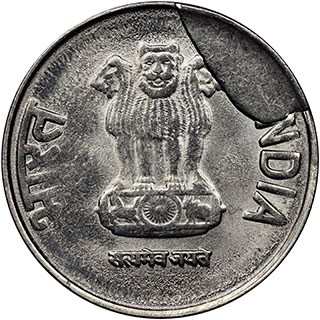 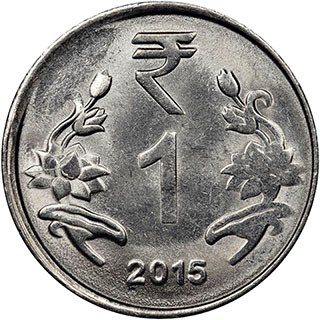 This 2015 India Rupee has two mint errors: a large obverse cud, as well as a Partial Collar. A Partial Collar occurs when the collar that holds the coin (and prevents it from spreading out past the confines of the die) doesn’t fully engage. This leads to a slightly out-of-shape planchet, which is most easily seen at 9 o’clock on the reverse of this piece. Note the wagon wheel appearance of the non-reeded edge. Click images to enlarge.

Partial Collar errors are relatively common — much less rare than other planchet errors such as Broadstrikes and Off-center Strikes. While they are most easily recognized by their deformed rims, clues on the surface of coins also can indicate something went wrong during production.

For example, on this 1974-S Lincoln Cent graded NGC Mint Error MS 64 RB with a Partial Collar error, a thickening of the rim on the obverse is evident at 10 and 2 o’clock. On the reverse, the space between “UNITED STATES OF AMERICA” on the top and “ONE CENT” on the bottom are clearly out of alignment. These are indications of a planchet not properly aligned with the die. 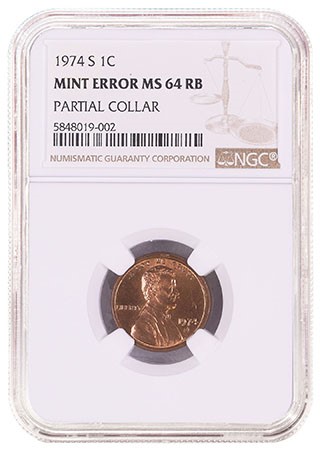 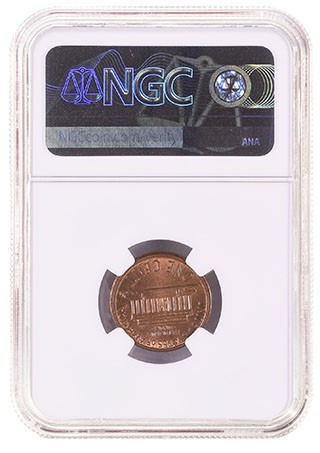 1974-S Lincoln Cent graded NGC MS 64 RB with a Partial Collar Mint Error. Note the uneven thickening of the rims on both sides of the coin.
Click images to enlarge.

This uneven thickening of the rims on Partial Collar errors is even more evident on this 1966 SMS Washington Quarter graded NGC Mint Error MS 67 with a Partial Collar Error (lot 91983 in the Heritage Auctions 2021 July 15 Error Coinage Showcase Auction #60210). The coin clearly overhangs the “1966” on the obverse and the words “UNITED STATES OF AMERICA” on the reverse. 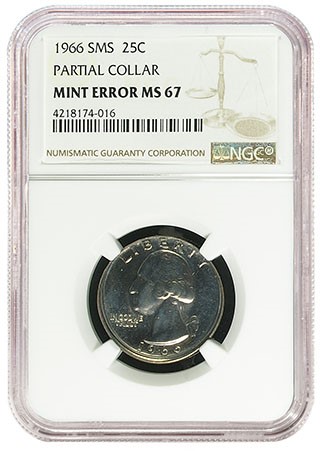 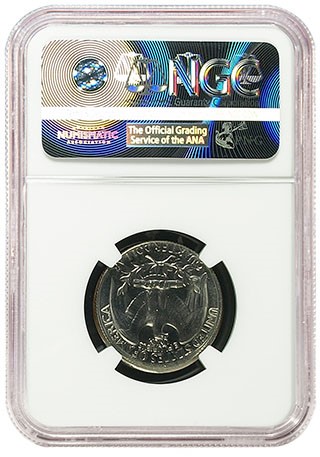 Fifteen other NGC-certified Partial Collar coin are being offered in the July Heritage sale, including some with another mint error present. Highlights include:

Discuss on the NGC Chat Boards