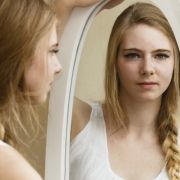 Everyone struggles with existential questions such as, “Who am I?” and “Who do I want my future self to be?” One reason why may be that the answer is so complex.

Identity includes the many relationships people cultivate, such as their identity as a child, friend, partner, and parent. It involves external characteristics over which a person has little or no control, such as height, race, or socioeconomic class. Identity also encompasses political opinions, moral attitudes, and religious beliefs, all of which guide the choices one makes on a daily basis.

People who are overly concerned with the impression they make, or who feel a core aspect of themselves, such as gender or sexuality, is not being expressed, can struggle acutely with their identity. Reflecting on the discrepancy between who one is and who one wants to be can be a powerful catalyst for change.