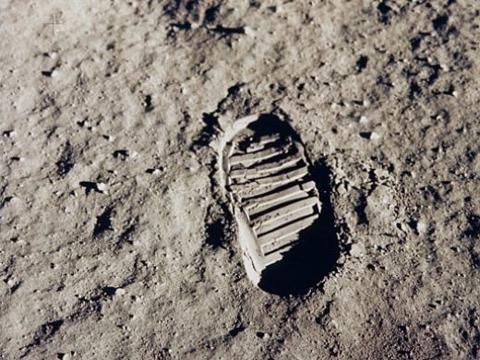 6 things we left behind on the moon

On July 20, 1969, U.S. astronauts landed on the moon. Here’s what we left behind over the course of six Apollo missions. Posted July 2016

“It’s a chance for the United States to recognize and honor the heroes and legends who made this achievement possible,” said Tammy Sudler, executive director of the Titusville-based Astronaut Scholarship Foundation, one of two local nonprofits that will receive a portion of coin sale proceeds.

It took a last-minute surge of support in the U.S. Senate, before it recessed this month, to ensure the coin will be minted and available for purchase in January 2019.

After a bill introduced by U.S. Rep. Bill Posey, R-Rockledge, passed the House of Representatives on Dec. 5, the Senate version, sponsored by Florida’s Bill Nelson, had only 16 co-sponsors — far short of the 67 required.

If the coin didn’t make it through the Senate, Sudler said, it was unlikely one could have been designed and produced to coincide with the 50th anniversary of the 1969 mission launched from Kennedy Space Center.

Posey, Nelson and others worked the phones to rally support, as did Apollo program and shuttle astronauts, students and other advocates. Apollo 11 moonwalker Buzz Aldrin and command module pilot Michael Collins submitted letters.

Over a two-day period that happened to include news of the death of John Glenn, the former Senator and first American to orbit Earth, the number of Senate co-sponsors rocketed to 70.

The Senate passed the bill in the early hours of Dec. 10. President Obama signed it into law Dec. 16.

“It’s a pretty big deal,” said Robert Pearlman, a space history and memorabilia expert and editor of collectSPACE.com. “Obviously there will be other reminders and anniversary celebrations of the 50th anniversary of Apollo 11, but this literally has the ability of putting that event and what it meant to the nation, if not the world, in hundreds of thousands of people’s pockets.”

The law calls for a curved coin — only the second of its kind — with the domed side to resemble the visor of an astronaut’s helmet.

Still to be designed by Mint sculptors, the coin’s convex back side will draw from a close-up of a photo that Neil Armstrong took of Aldrin standing on the lunar surface on July 20, 1969. Reflected in Aldrin’s visor are Armstrong, the Eagle lander, a U.S. flag and even the Earth as a distant speck of light.

“With the exception of the whole-Earth ‘Blue Marble” taken by Apollo 17, this is arguably the most iconic image of the Apollo program,” said Pearlman. “When you say ‘man on the moon,’ this is most often the image that people think of.”

A competition will select a design for the front of the coin, which will be made in limited quantities in gold, silver and half-dollar clad metals. The coins are legal tender, but not meant to be circulated.

“The coin collecting community is very, very excited about this,” said the Astronaut Scholarship Foundation’s Sudler.

Included in the cost of each coin will be surcharges, ranging from $5 to $50, that benefit three space-related nonprofits involved in science and technology education and promoting exploration.

Half of the surcharges will support the Smithsonian National Air and Space Museum’s new “Destination Moon” exhibit opening in 2020. The other half will be split by the Astronaut Scholarship Foundation and KSC-based Astronauts Memorial Foundation.

The nonprofits must raise matching funds — an estimated $3 million each for the ASF and AMF.

In total, the U.S. Mint says the modern commemorative coin program since 1982 has raised $500 million for various causes. No more than two commemorative coins are made in any year, at no cost to taxpayers, and this one is the first to feature the space program.

Sudler said the program would be “transformative,” allowing the foundation to increase from 40 the number of scholarships it awards annually to college students, and to broaden mentoring and professional development programs.

“It will be very historic to have a coin that commemorates this legacy, and hopefully raise the interest and profile of the space program again,” she said.