Definition: Clash marks are the impressions left on each die after a die clash.  Part of the design of each die is transferred to the opposing die when they hit into each other.  The transferred design elements are raised and normally-oriented on the die face.  Therefore, any coin that is struck will show extra design elements that are incuse (sunken) and mirror-image.  The field area of the die is most likely to pick up clash marks because this part of die face is farthest in front.  Shallow recesses on the die face (corresponding to low-relief areas on the coin) can also pick up clash marks.  Deep recesses are generally protected from even the strongest clashes.  The periphery of each die face will normally be free of clash marks in most instances due to die convexity.  Each die face bulges out ever-so-slightly, and the convexity is strongest at the periphery.  Since opposing surfaces are curving away from each other, there is little opportunity for contact. 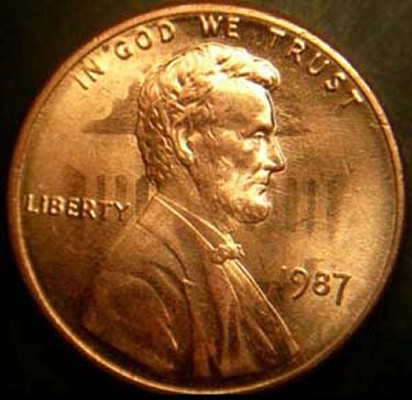 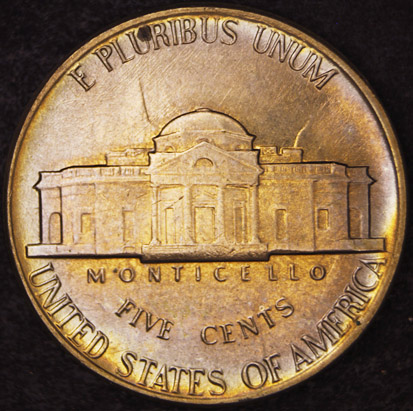