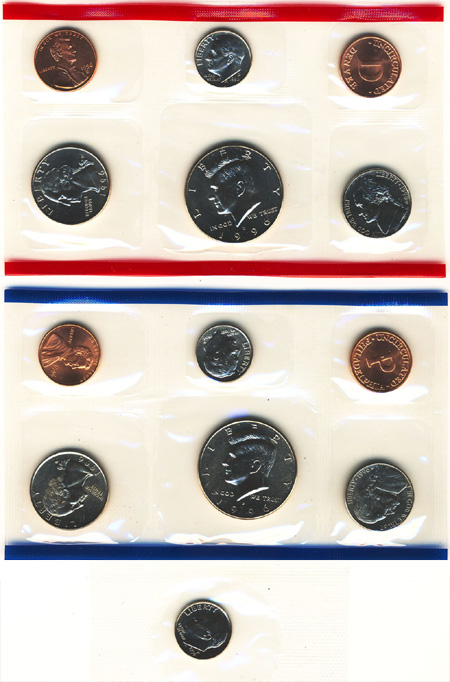 The 1996 Mint Set (Buy on eBay) was highlighted by the inclusion of a specially produced coin to mark the 50th anniversary of the Roosevelt Dime. As the coin was only available through the annual set, it generated substantial additional interest in the product after years of sagging sales.

The 1996-W Roosevelt Dime was struck at the West Point Mint and carried the “W” mint mark. This extra coin was included in addition to the Kennedy Halves, Washington Quarters, Roosevelt Dimes, Jefferson Nickels, and Lincoln Cents struck at the Philadelphia and Denver Mints. The 1996-W dime was significant, because unlike the other coins it would not be issued for circulation.

Whether or not it was simply a marketing gimmick, collectors responded enthusiastically and sales of the annual set jumped by 40% from the prior year. The mintage of 1,457,949 may have represented a relatively high number for a mint set, but it represented the lowest mintage to date for a Roosevelt Dime. Accordingly, the 1996-W dime commands a significant premium on the secondary market, as does the complete 1996 Mint Set.

Despite the inclusion of an additional coin, the original issue price for the 1996 Mint Set remained unchanged at $8.00.

Packaging for the set highlighted the 50th anniversary of the Roosevelt Dime and the special 1996-W issue on the outer envelope, certificate of authenticity, and an additional insert. The ten regular coins and two mint tokens were sealed within cellophane packs in the usual format. The separate 1996-W Roosevelt Dime was placed within its own smaller individual pack. When purchasing 1996 Mint Set on the secondary market, always make sure this extra coin is included. 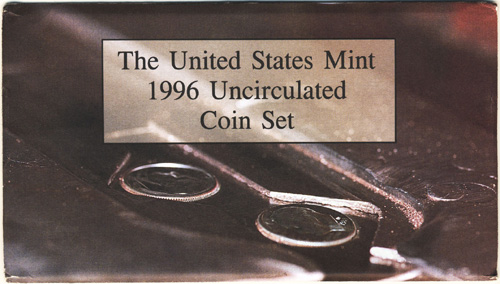 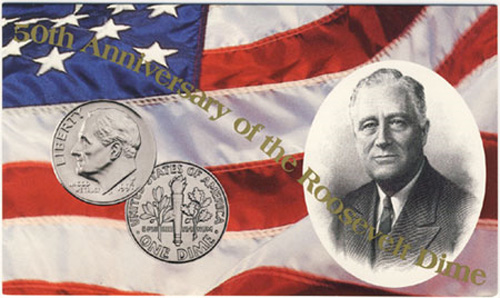